Muista: Laatupukeutuminen on aina in!

Gone with the Wind: Scarlett

Gone with the Wind: Lovely Scarlett 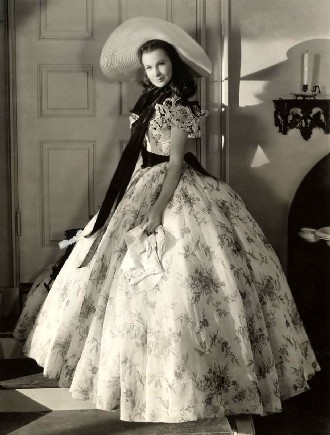 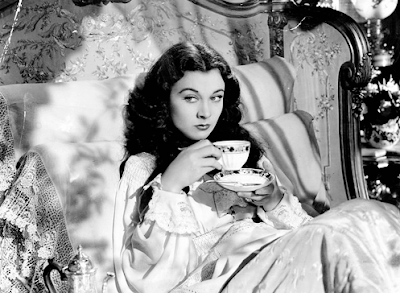 Rhett and Scarlett: Frankly my dear I do give a dame 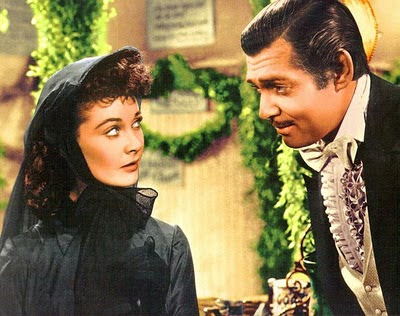 Gone with the Wind: Walter Plunkett

By 1936 Walter Plunkett was known in Hollywood as the foremost authority on period costumes. Katharine Hepburn, with whom Plunkett had worked on several pictures and who was interested in the role of Scarlett, recommended the book to Plunkett. He read it and immediately had his agents, Lichtig and Englander, write Selznick to suggest he be hired as costume designer. Selznick was well aware of Plunkett's abilities, mostly from his costume work on Selznick's production of "Little Women," which was also set in the 1860's.
Plunkett was hired on the spot though at first on a non-exclusive basis: four months research and design without compensation $600 per week for eight weeks of preproduction and $750 per week during production.

Selznick was making a costume epic and he was making it in color, still a new process at that time. Plunkett's meticulous research and careful design process were fine for the smaller roles and for the hundreds of extras, but he was not producing the "sensational" costumes Selznick wanted for Scarlett. Throughout 1937 and 1938 Selznick looked at sketches from other costume designers. The short list of designers he considered included Gladys Calthrop, Mabel Downs, Helene Ponds, Czettel, and Adrian. At the top of the list was Muriel King whose sketches Mitchell saw during Cukor's research trip to Atlanta.
King gave one of her sketches to Mitchell: a sketch of Scarlett on Miss Pittypat's front porch. Mitchell responded enthusiastically, writing to King, "I have seen many sketches of Scarlett and of war scenes, and none have appealed to me as much as yours." Several months later, Selznick wrote to Kay Brown:
King wanted screen credit and $750 a week and she would do only Scarlett's costumes. Other designers were asking for similar arrangements. Shooting had started with the "Burning of Atlanta" scene and Vivien Leigh had been cast as Scarlett. The production had shifted into high gear. Then Plunkett came through.
New York milliner John Frederics designed Scarlett's hats. He was not paid for his work, he did it solely for the publicity the film would bring his business.
There is no mention in the Selznick archive after this telegram of anyone else being considered for costume designer.
During the production Plunkett had to contend with the difficult Selznick, changes in directors and unreasonable Technicolor advisors. He created more than 5,000 separate items of clothing for more than 50 major characters and thousands of extras as well as monitoring crowd scenes for the proportion of men to women and the number of women in mourning to reflect the ravages of war.
Plunkett began with detailed sketches. His own wardrobe team then created patterns, made the garments, did fittings and alterations, and made changes as necessary after watching filmed tests and before carefully labeling and storing the costumes.

In 1939, there was no costume design category at the Academy Awards. Selznick himself said that if there were, Plunkett would have won it for "Gone With The Wind."
Walter Plunkett would be nominated for the Academy Award ten times. In 1951, he was finally recognized by the Academy for "An American in Paris." He shared the award with Orry-Kelly and Irene Sharaff.
Shortly before his death, Walter Plunkett personally refurbished the original dresses in the David O. Selznick Archive. These dresses, however, were made to last for as long as it would take to shoot the film and are still extremely fragile. Reproductions of the dresses were made in 1987 and are also housed at the Harry Ransom Humanities Research Center.
Lähde: http://www.hrc.utexas.edu/exhibitions/web/gwtw/wardrobe/plunkett/plunkett.html
Lähettänyt Six Greens klo 7.10 Ei kommentteja:

Walter Plunkett and Gone with the Wind Costume Drawings

Walter Plunkett and "Gone With the Wind" Collectible Plates